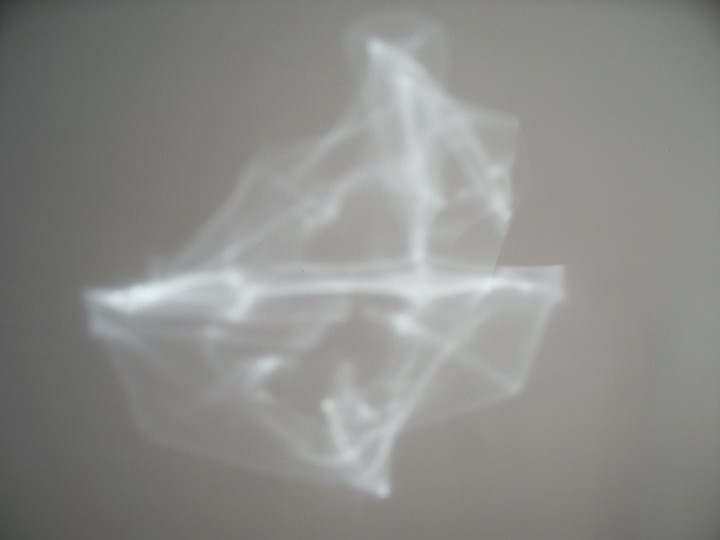 Interesting reflection off a book cover in the sun.

A muffin by chance… Happy! Cool! At the beach?

And then another… Oh noes! Chagrinned. Apply cold steak.

I thought this ginger was thrown away. Then she said, “Hey look at this!” She’d hid it in a teapot.

It does remind me of certain sci-fi movies.

It isn’t big enough to be worth its own project yet, but someday it may grow into something. I mean to (eventually) get some pictures of the various beans I grow, but as of yet my camera and light set up isn’t good enough to capture the detail I am after. Until then this is the temporary parking spot for this picture.

The E on the color wheel is a 1cm scale (with a halfway marked at 5mm). The next step is to get a reliable lighting source…

I’d never seen garlic scapes sprout and grow yet another scape before.

Sometimes things happen and it doesn’t work out. This pea plant had some kind of mutation where it lacked chlorophyll. Once it ran out of energy from the seed it withered away.

When mixing organic materials (in this case wood chips) into the soil sometimes if you put too much carbon sources in and not enough nitrogen the soil community will consume the available nitrogen for a while before making it available again. As an example the plants on the left side of the picture were planted in a more carbon heavy layer - a month later they caught up and looked about the same.

Ferns starting to grow in the limestone mulch.