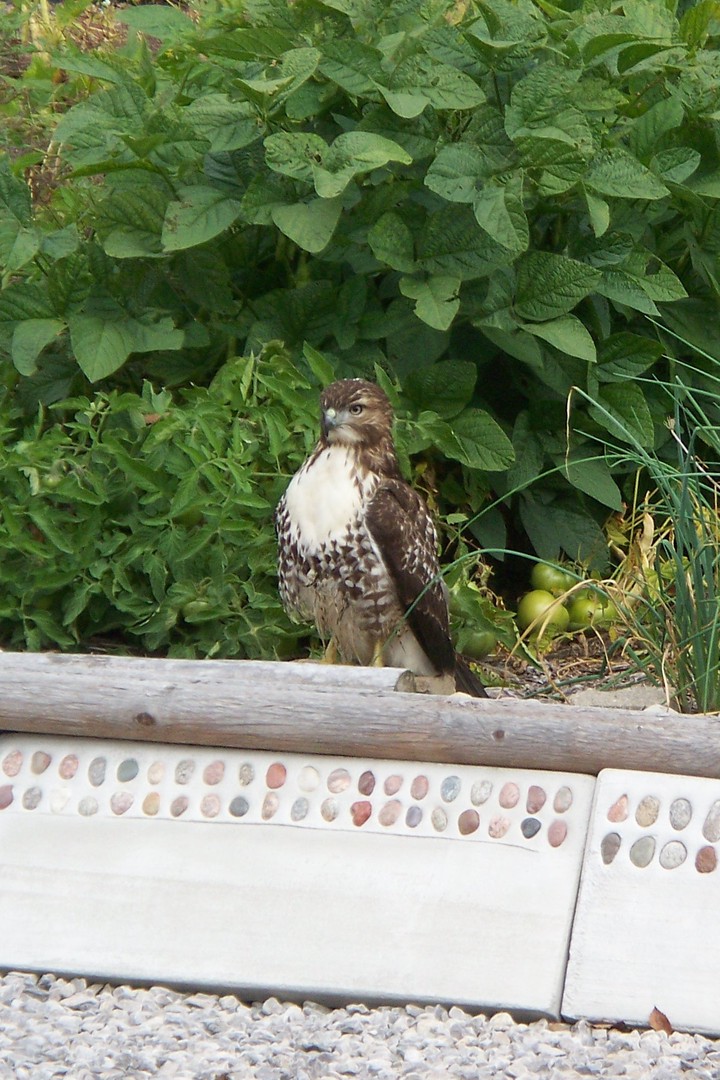 One day this red tail hawk appeared, we think it was a juvenile and perhaps slightly injured because it stuck around for two days hopping around the yard and eating grasshoppers and whatever else it could catch. We called it Big Bird and since then whenever we’ve seen one flying around we also call them Big Bird. The first picture is near the bird bath by the North Garden. It was not ever afraid of us, but it did keep some distance. I happened to be up on the roof trying to patch some leaks and so I had chances to take pictures for two days. Most of them weren’t all that good because of the distance, but a few turned out ok.

Hunting grasshoppers in the North Garden. 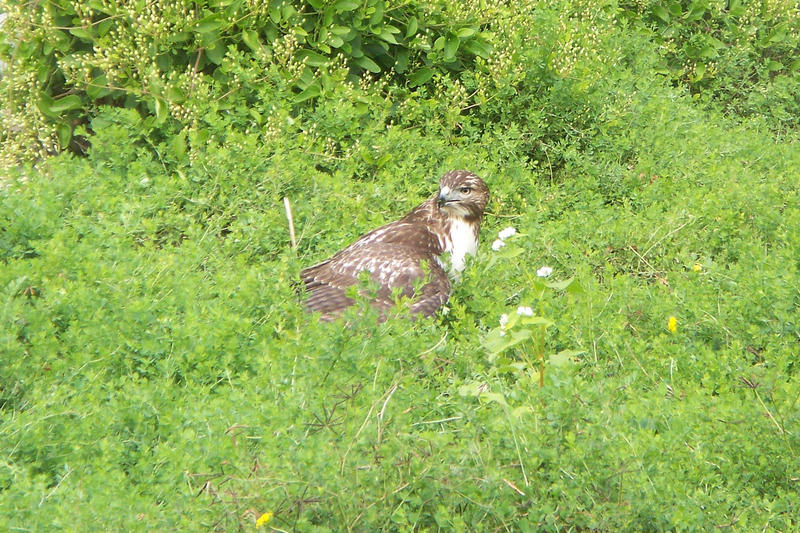 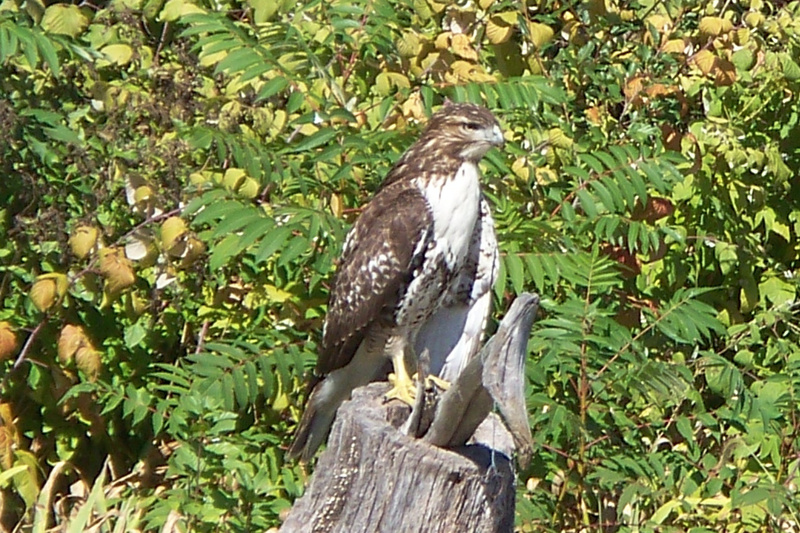 We’ve had bluebirds come around in flocks and also just singular ones like this one. It is really fun to watch them try to capture and eat some of the larger grasshoppers in the mid-to-late summer. 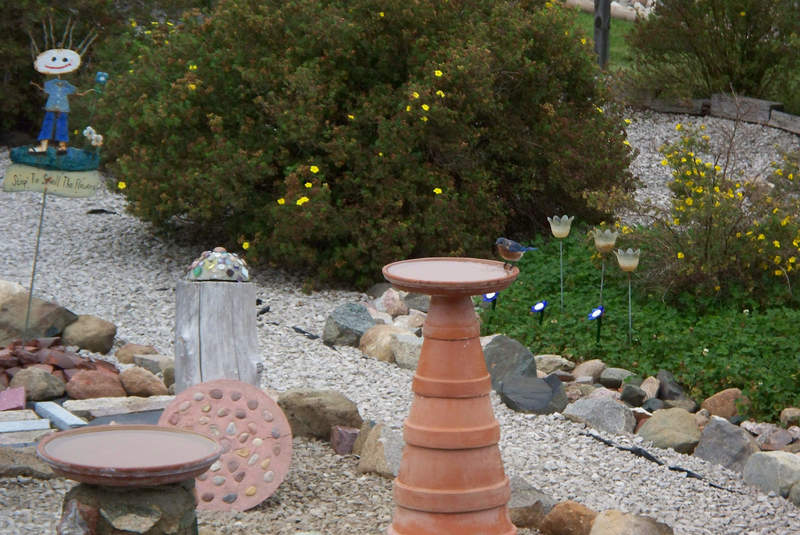 How many deer can you count? They help trim our trees and shrubs for us some winter months. If you ever see a strangely trimmed tree or shrub in any of these pictures they are the most likely reason why. 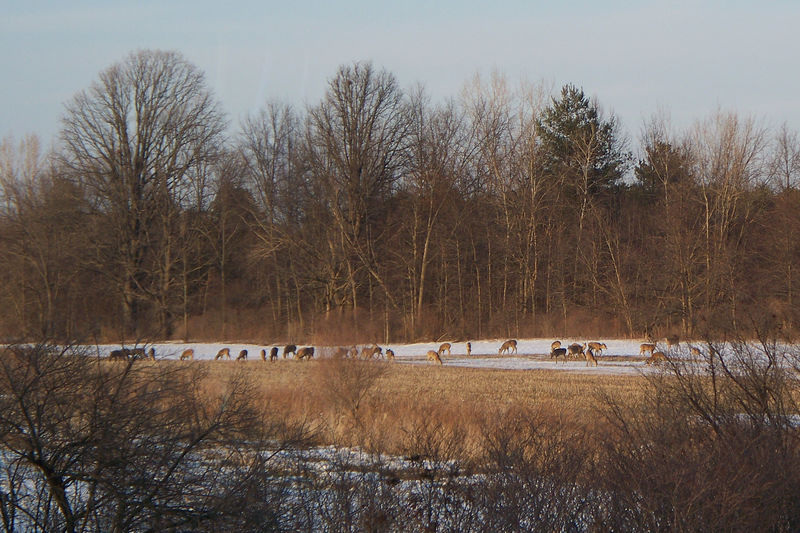 A common snake around here called a Brown Snake aka Storeria dekayi. They are pretty feisty for their size - I’ve picked up a tiny one and it was so cute as it bounced off my hand trying to bite it. 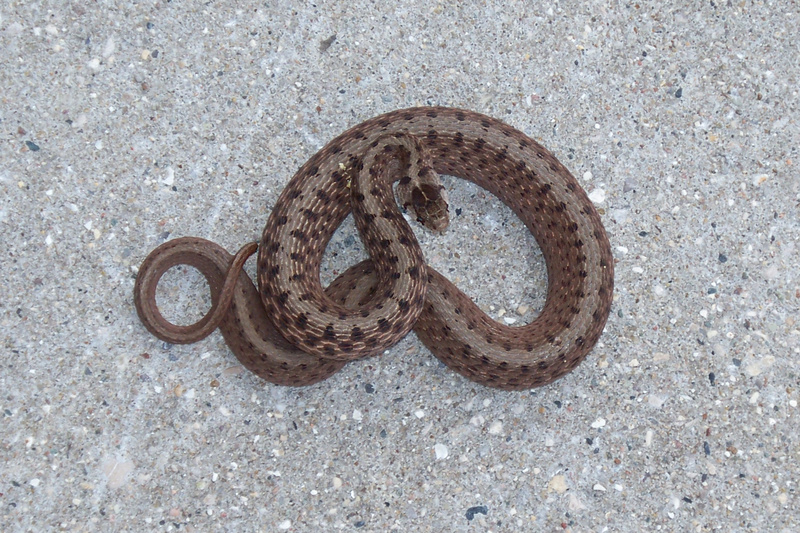 Another common snake around here the Garter Snake. 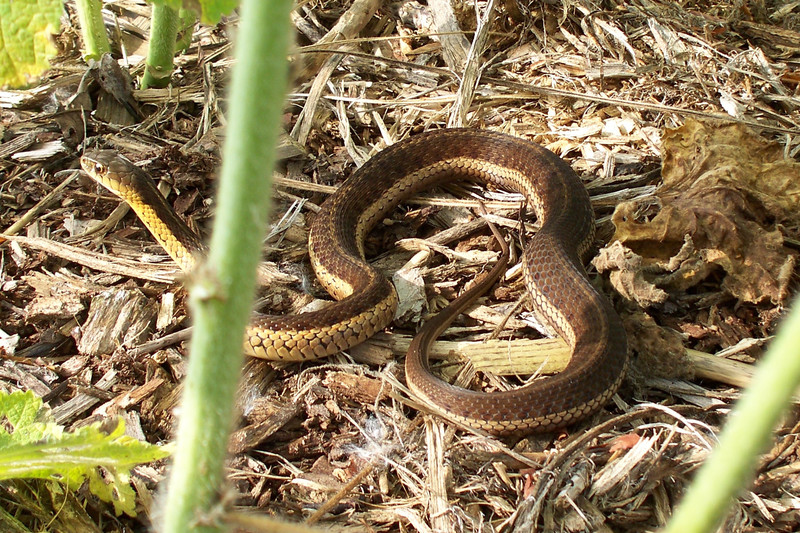 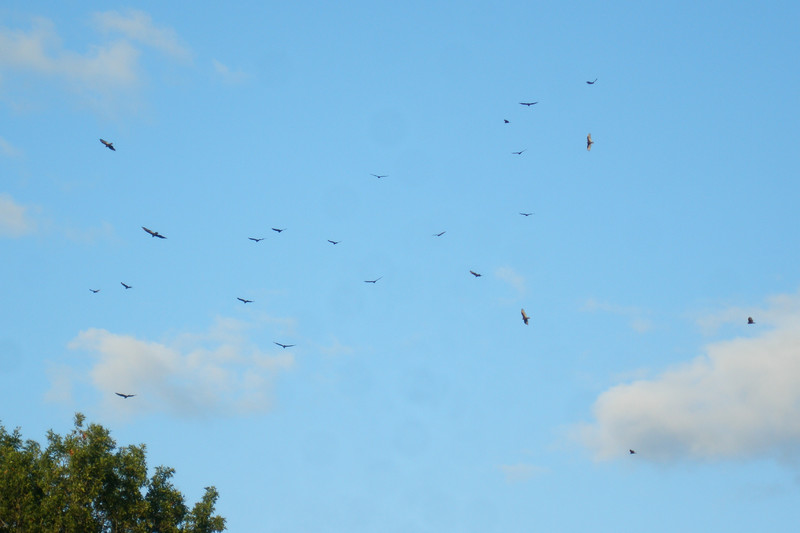 A big flock of birds visited for about a half hour with the corn field to the north of us harvested a few days ago they were off over there picking through what was left. When perching on the trees in the north hedge it looked like the trees had sprouted black leaves. I was really hoping they’d stick around to get full light on them. 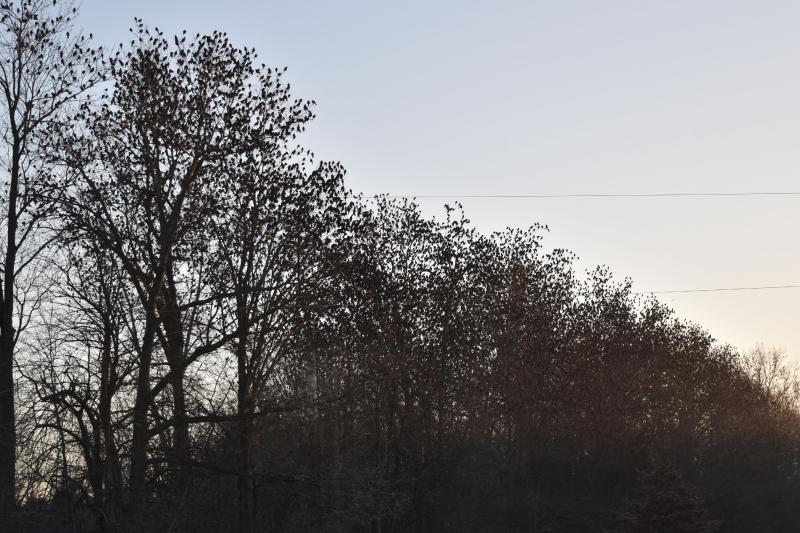 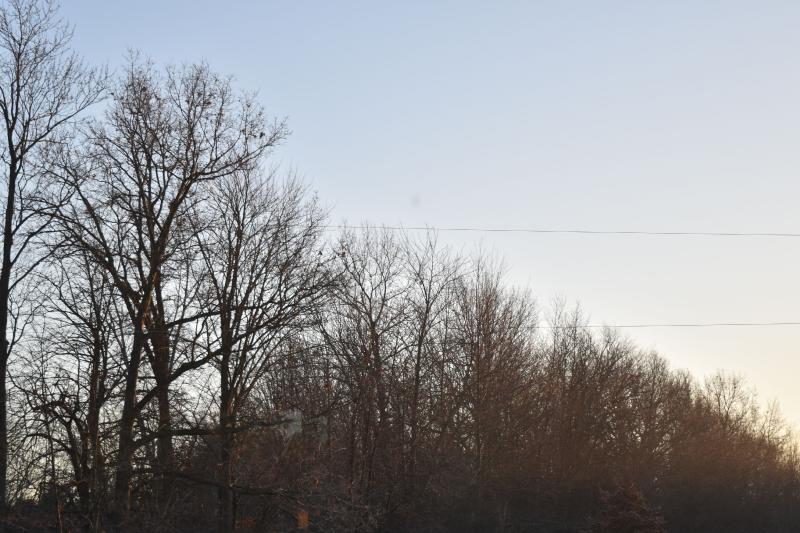 This bird was picking along the expansion joint in the cement driveway where seeds were blown during the winter. It went along the entire line and then also along the further edge. It was fun to watch and brightened up an otherwise very dreary day. 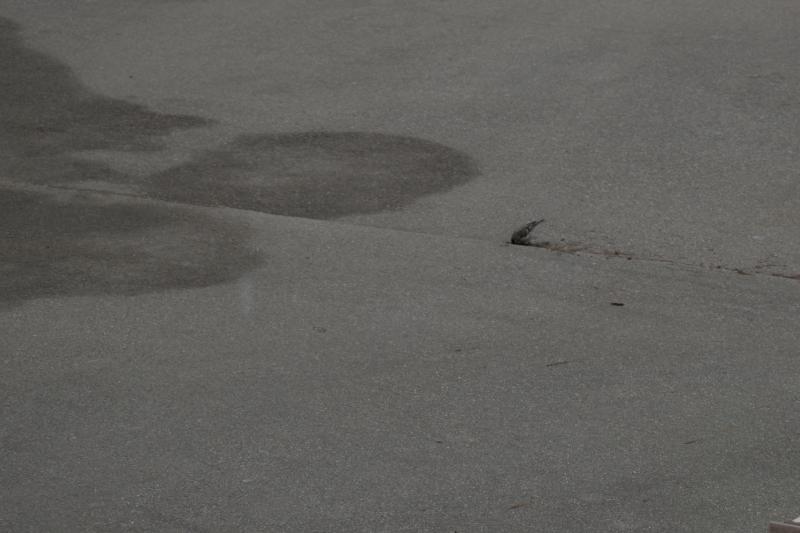 We’ve had a nesting pair of Tufted Titmice in the potbelly stove garden decoration - I hope they can survive the heat! 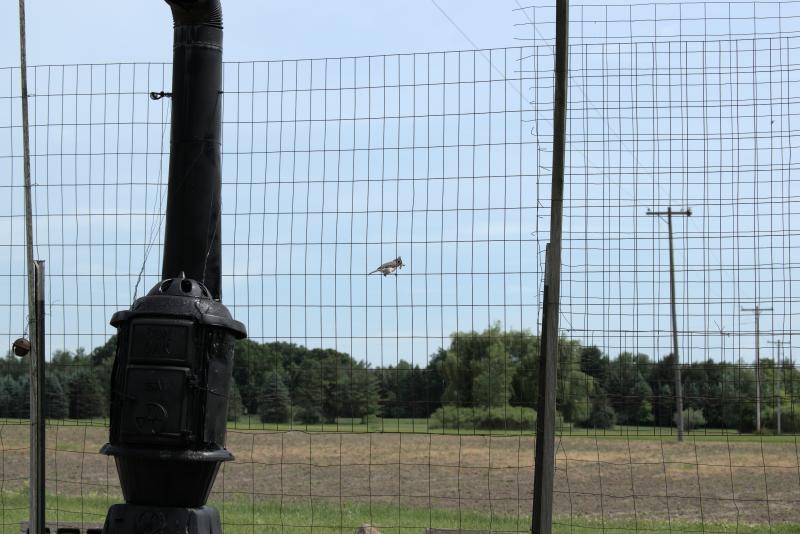