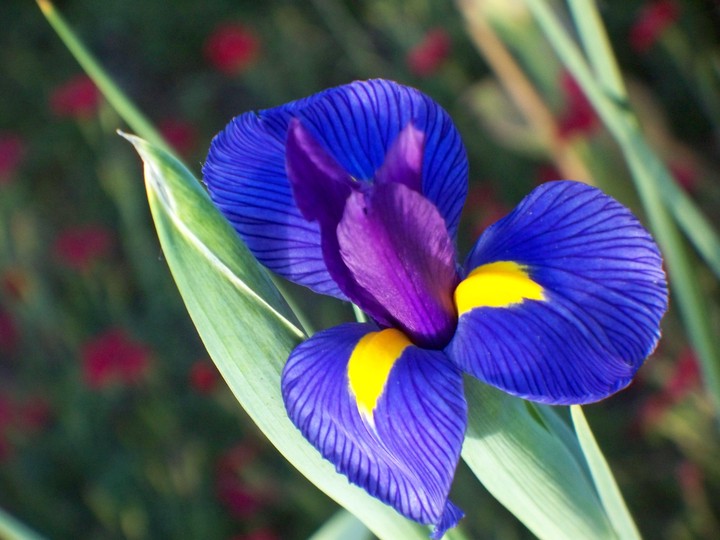 At first when growing these we had a few of the bearded iris which came as rhizomes - then I discovered the miniatures and the bulb kinds. As usual, it can get out of hand when I want to collect all of them and see so many different ones.

We have a nice selection of irises growing and I do have plenty of other pictures, but I am also running out of time with the gardening season getting ready to start. So I better stick to getting existing pictures moved - Later on I can add more pictures to this project. You can tell we like the yellows and purples. 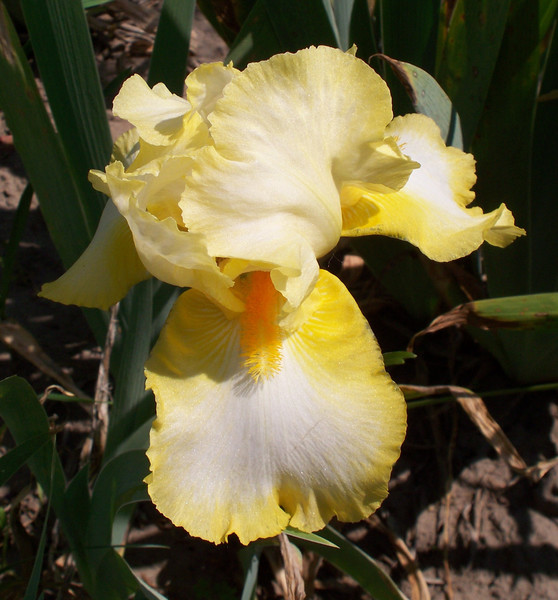 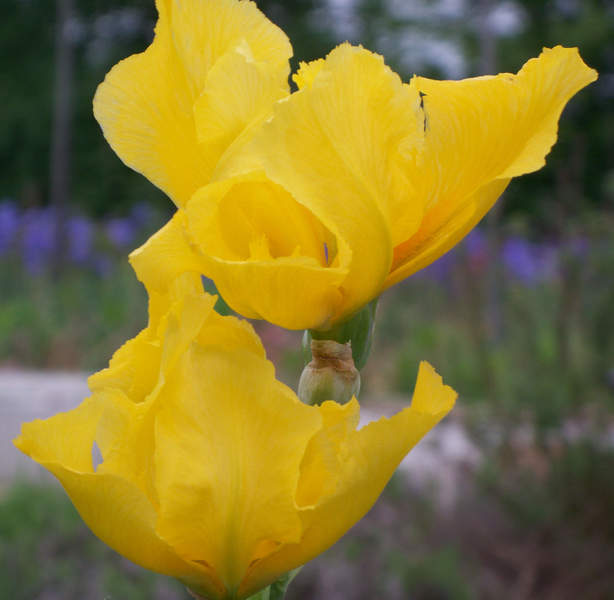 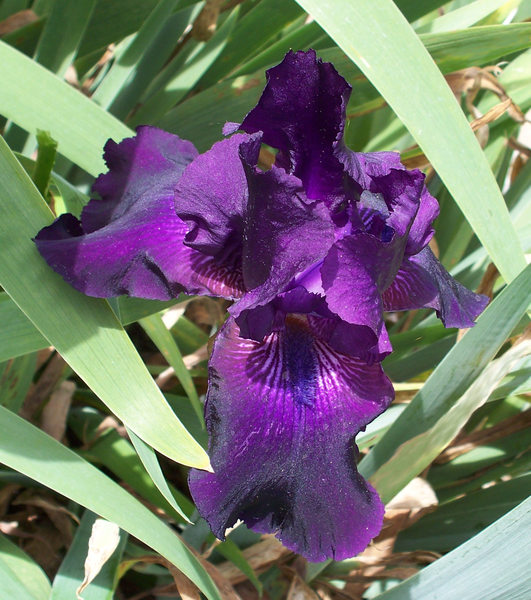 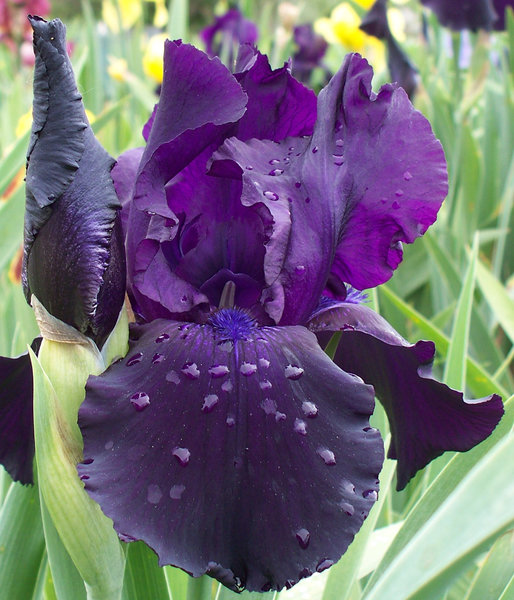 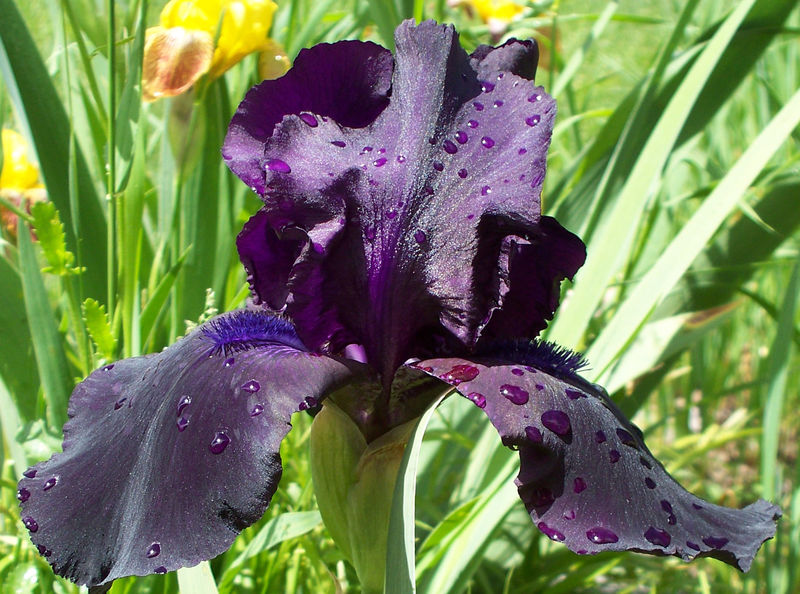 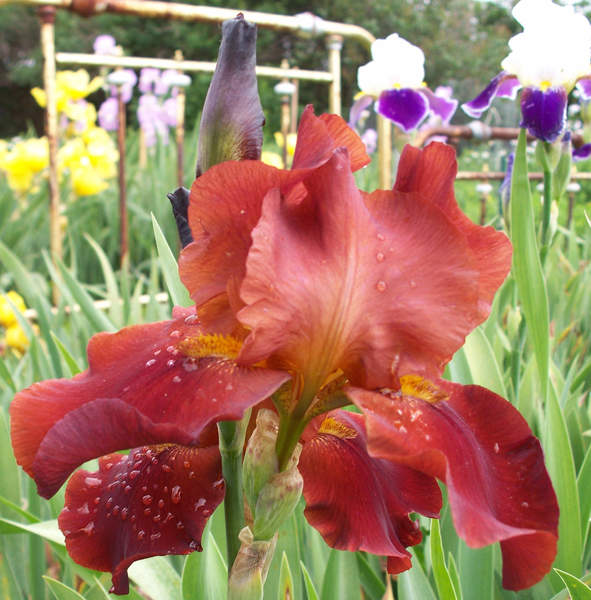 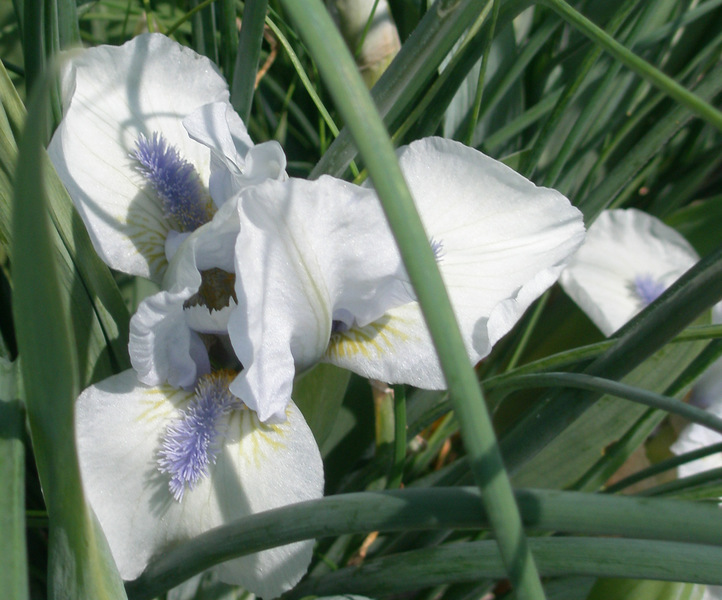 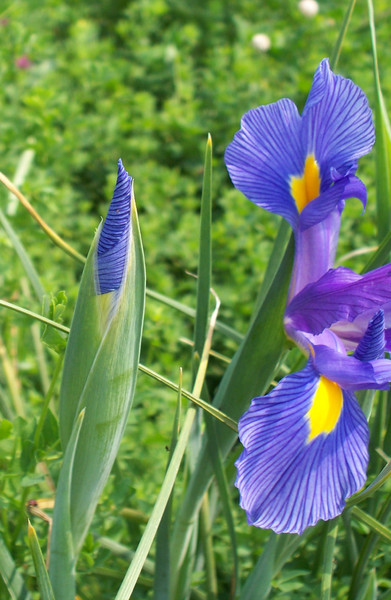 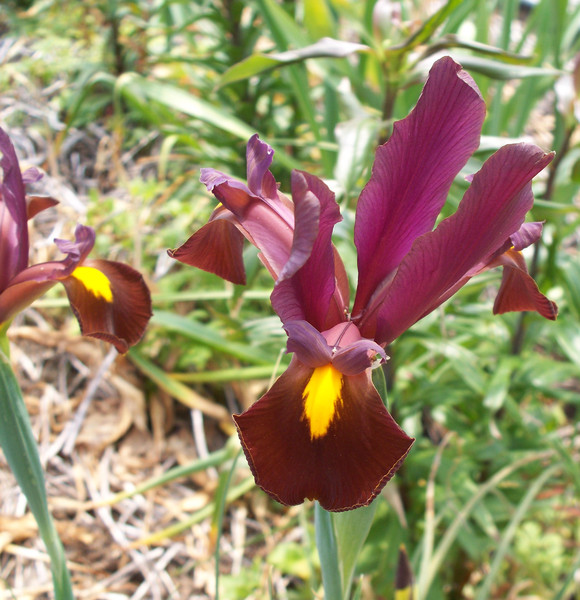 I try not to play favorites, but these have been mine since we put them in and they flowered so early. They usually come out when the crocuses start showing up and often they get snowed on. I was worried the first spring after I planted them when it snowed but they came through just fine (several times after, including today Apr 6, 2017). 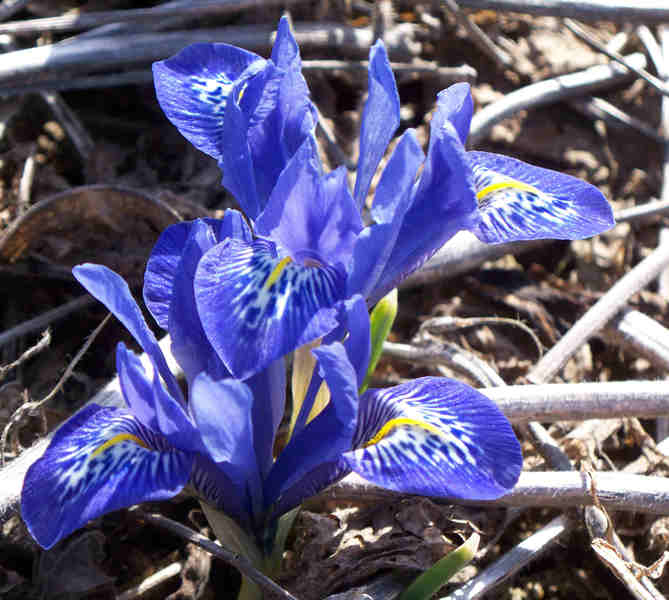 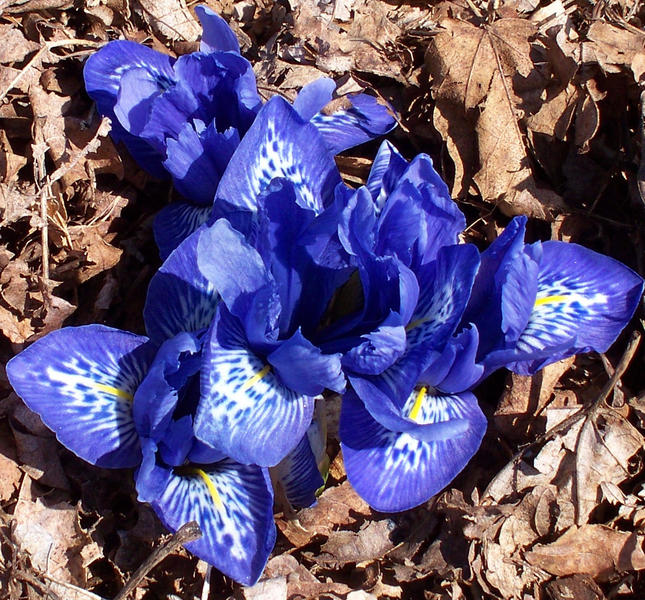 The first season I was surprised when the flower was not damaged by the cold weather we had. Even after being under the snow for several days it still bloomed and looked ok. 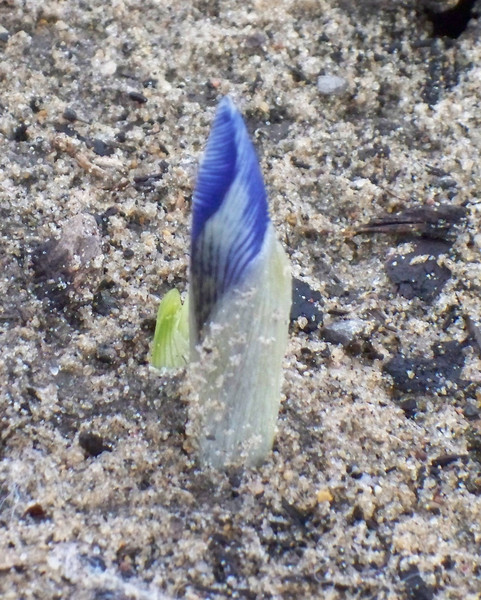 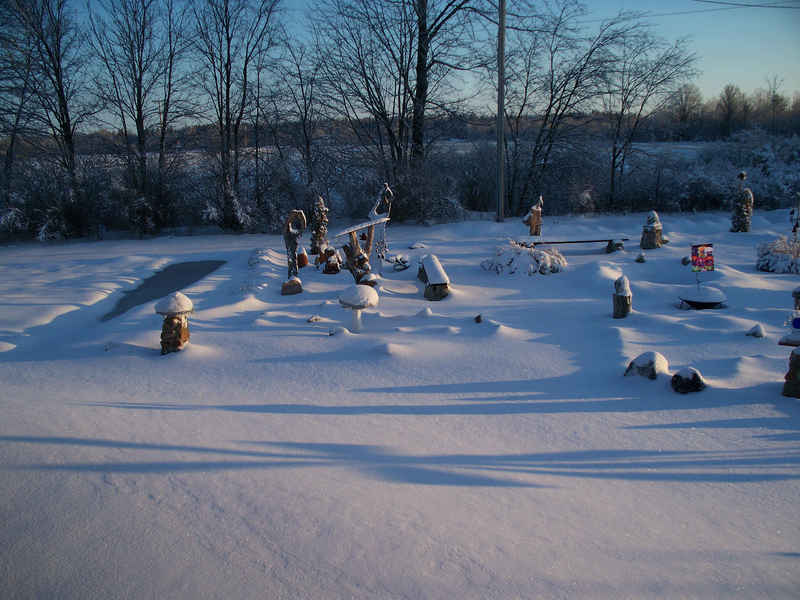 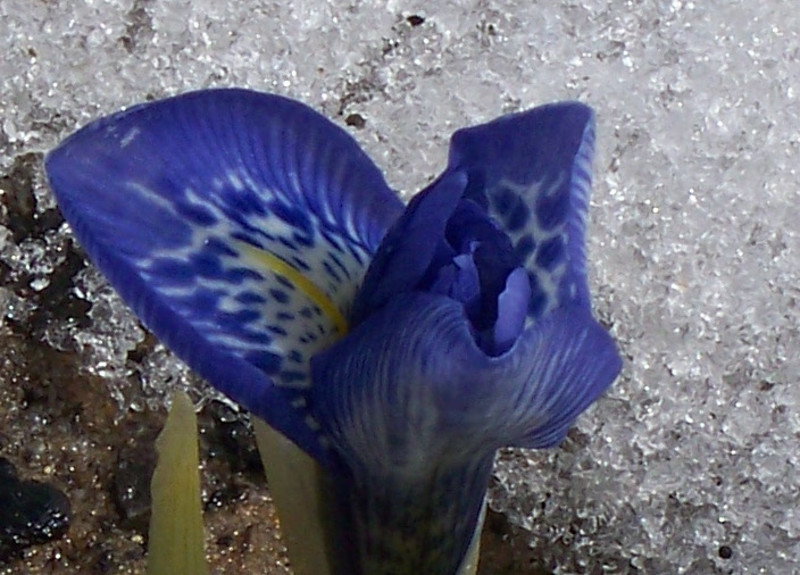 I’ve had these get seeds (I’m not sure if the bees were out early that year or if it was by rain or wind). I’m hoping to see some new flowers in places where I’ve put the seeds. The seeds have sprouted, but I think it will take several years yet before the plants are large enough to bloom.

There are other colors like these purple with a bit of yellow and white in them.They flower a little later than the earliest ones (above). 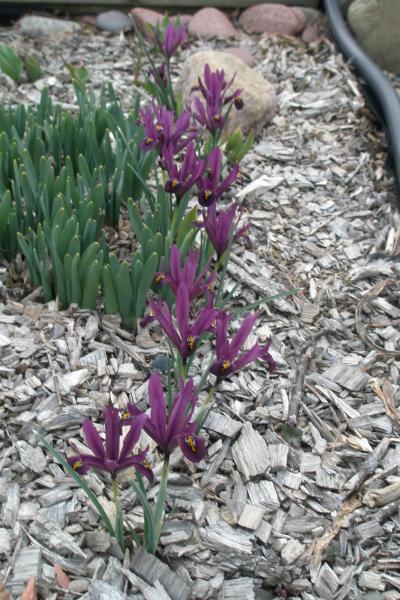