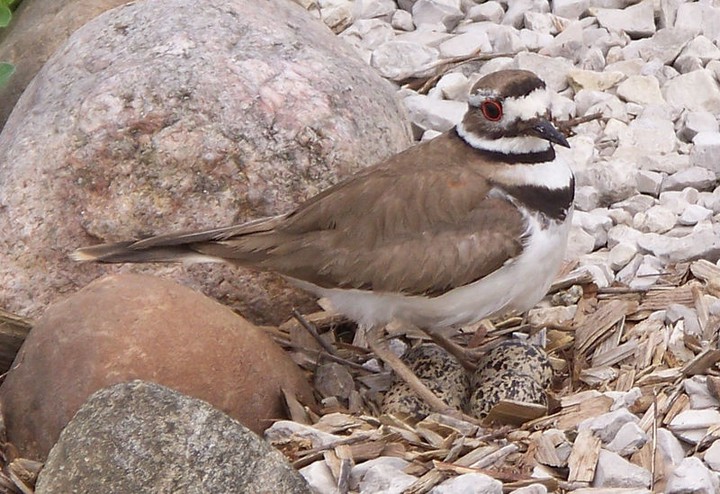 We usually call them screetchers because they make so much noise, but if you take your time they will eventually get used to you and stop making so much noise. I think they are pretty birds and have a lot of character. Maybe it is the long legs?

Notice how large those eggs are in comparison to the size of the bird’s body? That’s gotta hurt!

They were starting to get ready to play the runaway broken wing game. 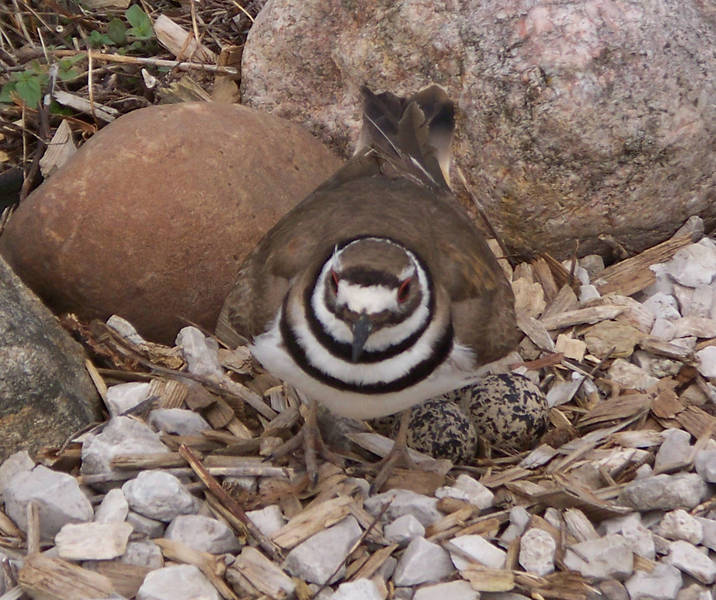 They had just started to flutter but not quite run away yet. Pretty wings! 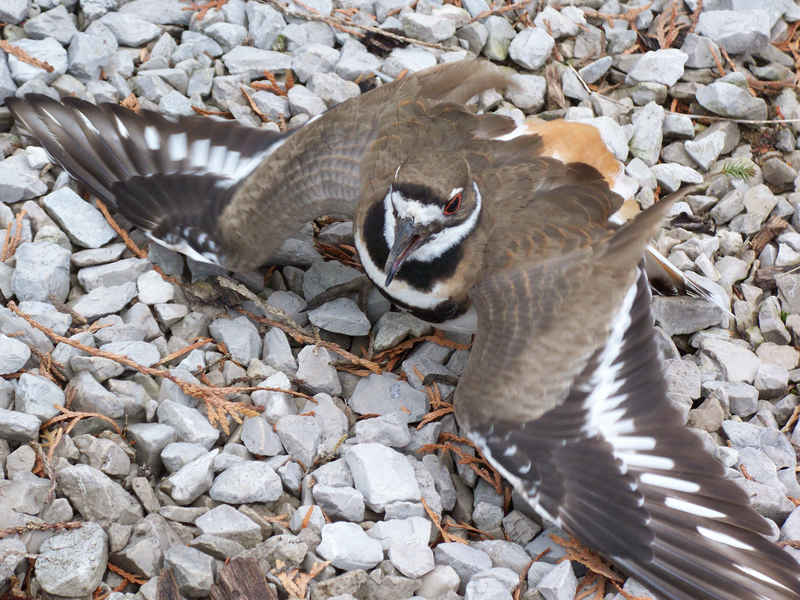 I love the patterns they make on their eggs. 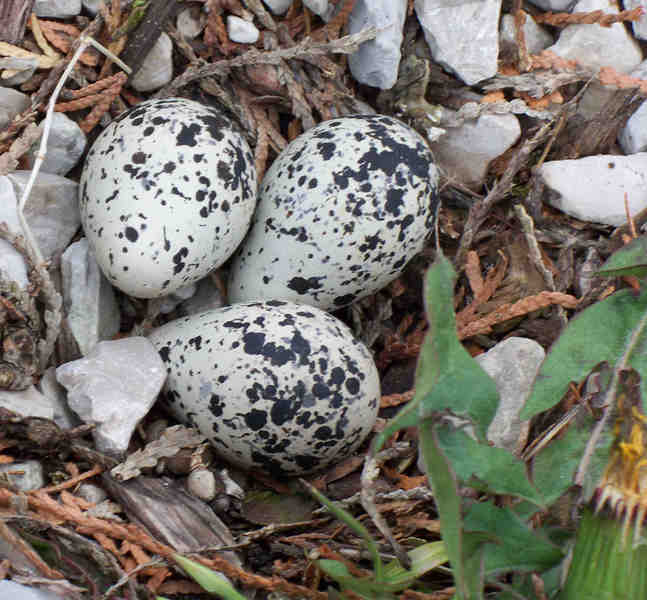 The, err, ride of the lone ranger?… 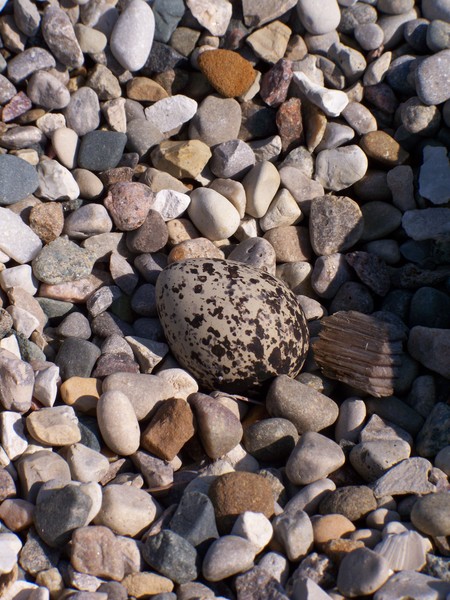 I think they adjust pigmentation upon the background, but I’m not 100% sure of that. The same nest later after she finished laying… 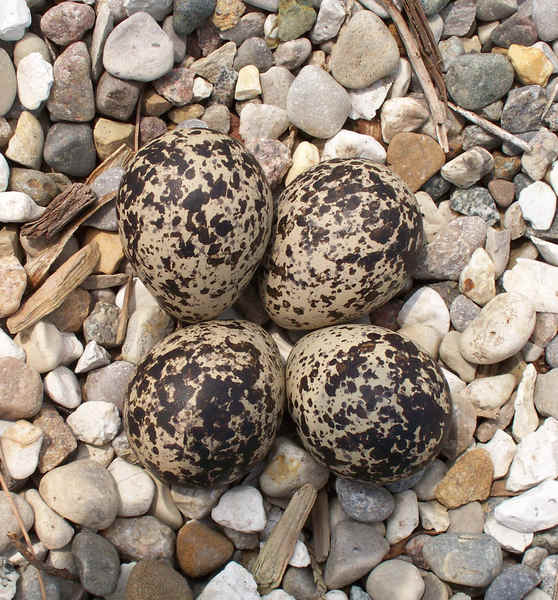 And yes, the eggs can be even more colors… 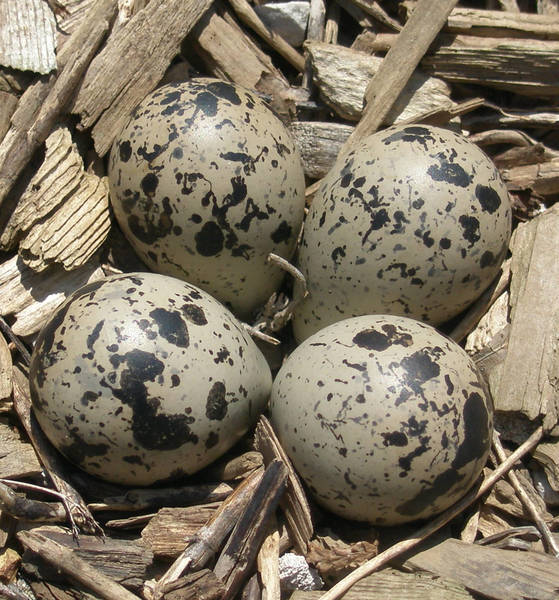 After they hatch they are not around in the nest for long - one or two days and they are off and running. I was very lucky to be around when they were actually hatching and got these pictures. The first picture was about a half hour before the second one. 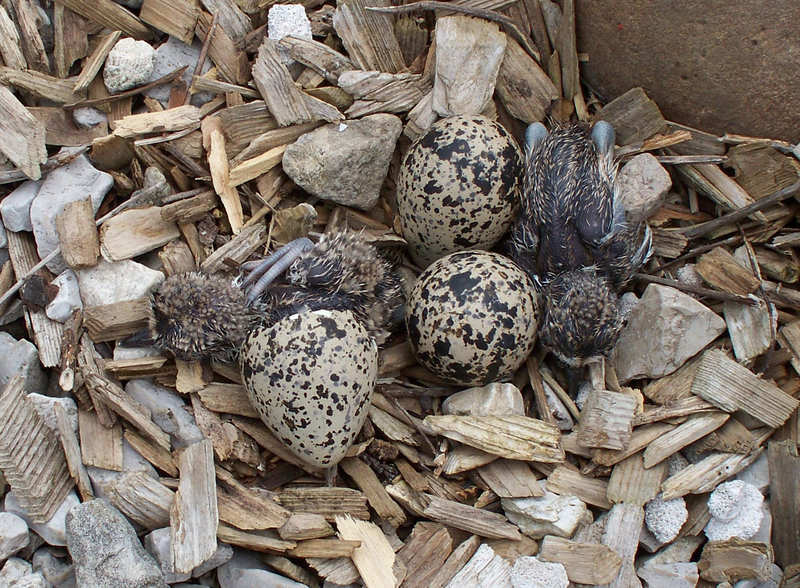 Aww! Very interesting to see how they manage to fit those long legs inside that shell. 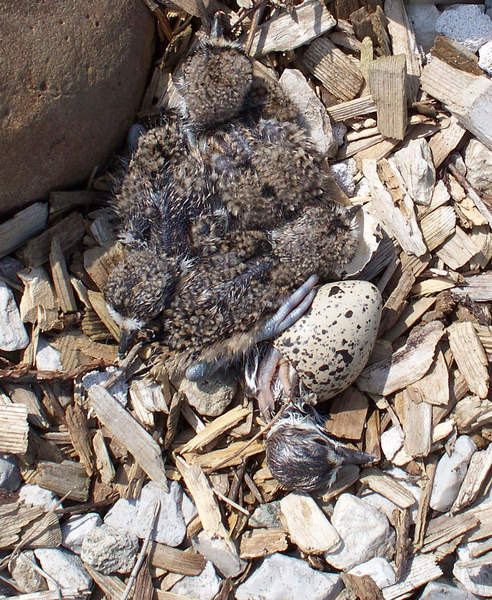 And from another time. More fuzzballs. 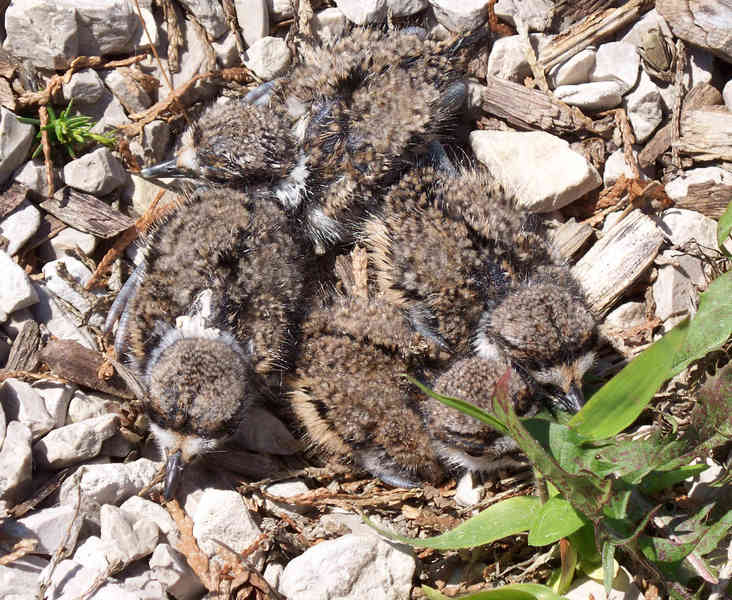 When we are working in the spring gardens, they are often nesting in one of the nearby pathways. If I don’t move too fast at one time and don’t get too close they won’t even stop sitting on the eggs. At least once they get used to me being around. I’ve also thrown them worms and bugs to eat. I’m not sure they ever ate a worm, but they did eat a bug. They have learned to make nests inside the fenced gardens because of our many raccoons, possums, skunks, etc. Many years they still don’t make it to hatching. Those that do seem to come back year after year. I know this because they are still rather tame in response to me being around compared to others that have shown up.

Again they are back, a very tame one in the back fenced gardens and another nest out front that is not so mild mannered. In this picture I am standing right next to her and the nest and she was mildly fluttering but not too much. 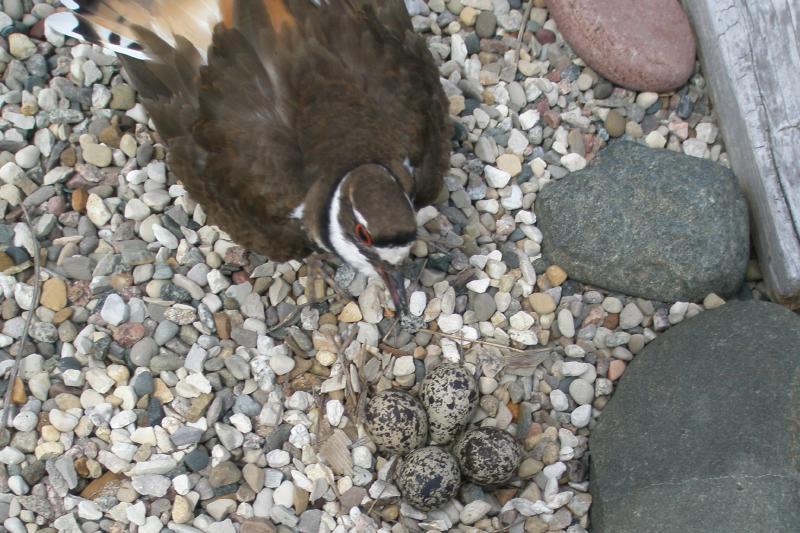 A few minutes later I laid down in the pea gravel and tried to take a picture of her sitting on her eggs. I did but this picture turned out better. 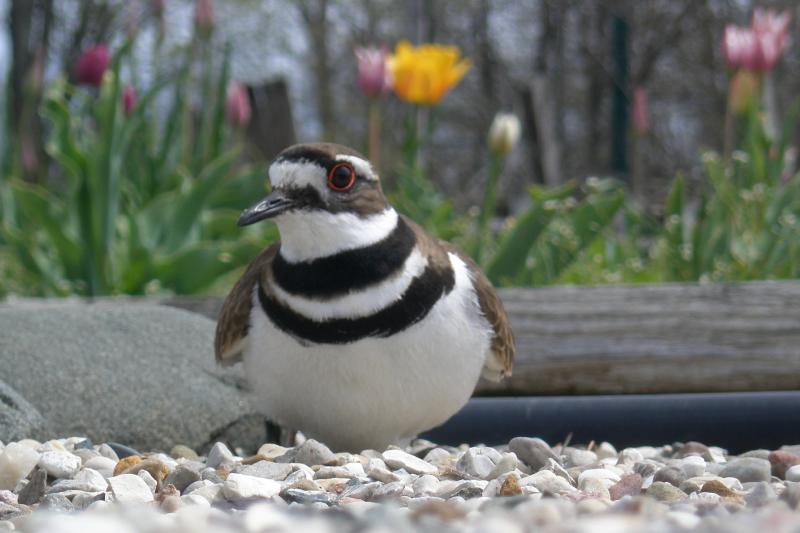 One of the babies from out front. It is very hard to find and get a picture of the young ones after they’ve left the nest. This one I was able to say hello to for a few moments shortly after it hatched. 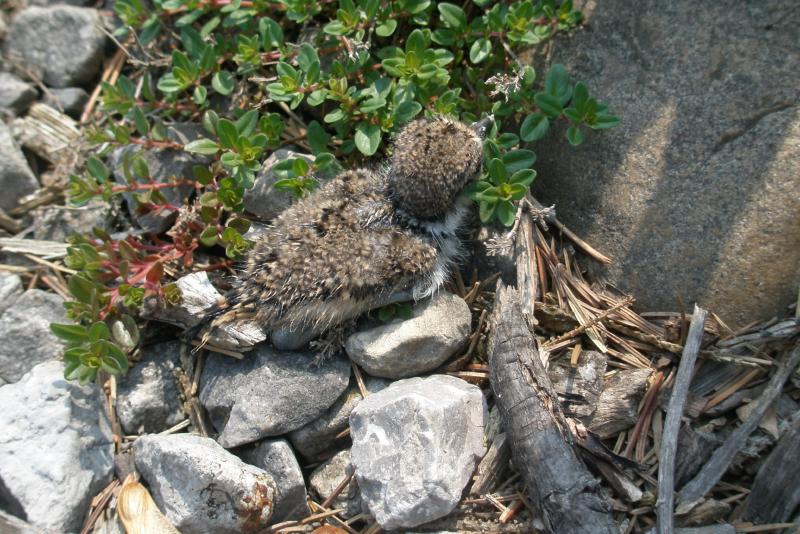 Two newly hatched babies and two eggs to go. One baby with a bit of egg membrane on it still - which I have never seen before. 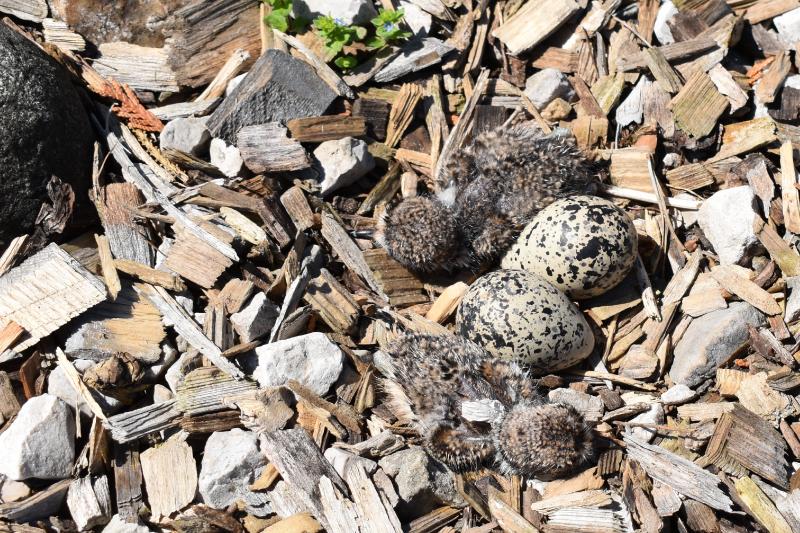 This is the first time in a long time that the killdeer have made the choice to lay eggs in a small elevated garden near the strawberry patch, normally they pick the gravel pathway. This season it is the same parents as before which are much calmer and quieter than many others, they know us. :) I’m always so happy to see them. 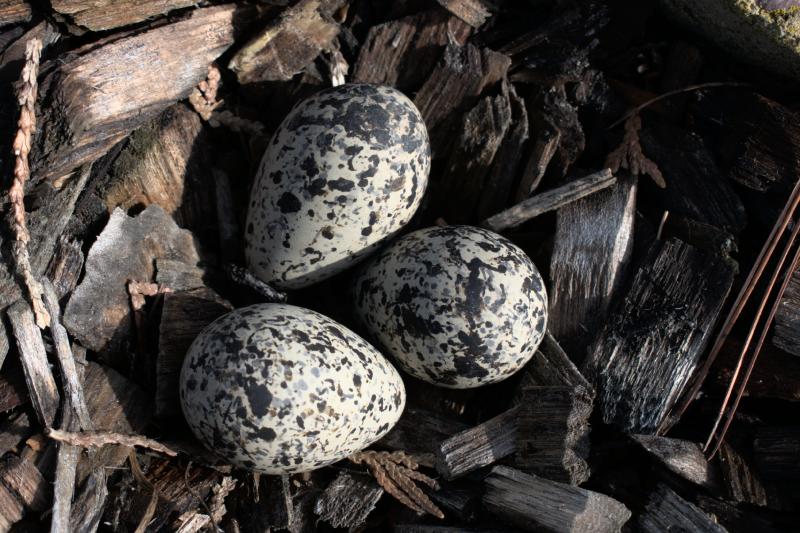 The killdeer nesting season is underway. They have chosen a place out front near a clematis and up in the woodchip mulch instead of down in the gravel pathway.I don’t think these are the calm pair that normally nest out back so we’ll have more vocal calling from these when I’m trying to do any garden work near them. Eventually they’ll have to figure out that I’m not any threat. 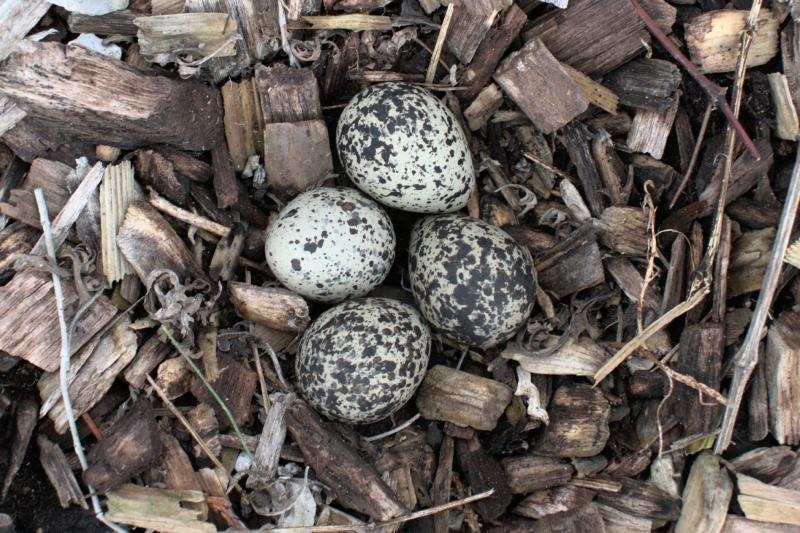 Another pair of killdeer have chosen a nesting place inside the fenced gardens out back. It is up pretty high in a small flower garden among some stepping stones - nice that it is out of the way for a change. 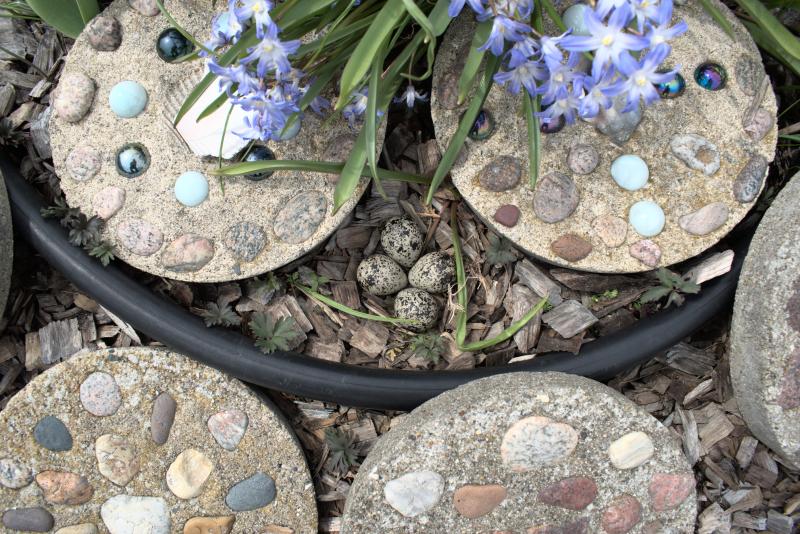 I finally was able to get a reasonable picture of a baby killdeer. At one time it was trapped in between some rocks so I picked it up to get it out of there. So soft and precious! I wish I could have gotten a picture right then but it would not hold still and I didn’t want to injure it so I let it down. It was always moving fast as you can see the picture is blurry. 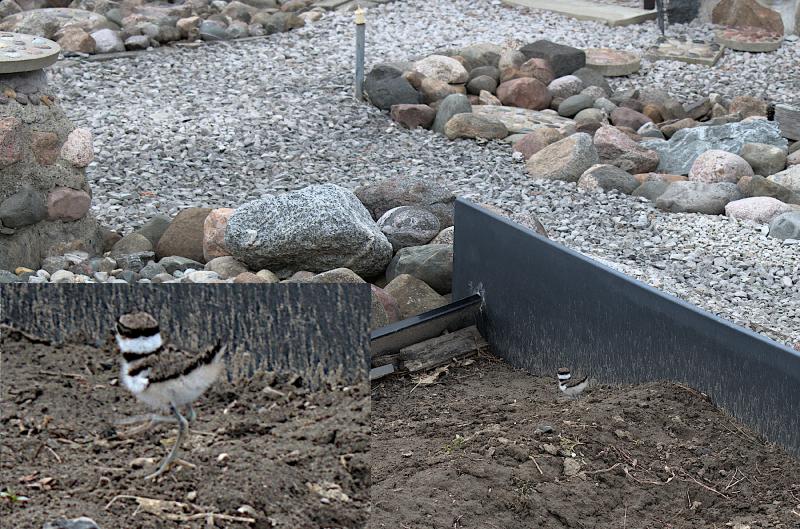 A bit later the same day Mom saw the last hatched killdeer chick was out in the pathway and that perhaps I could get a picture of that one instead. 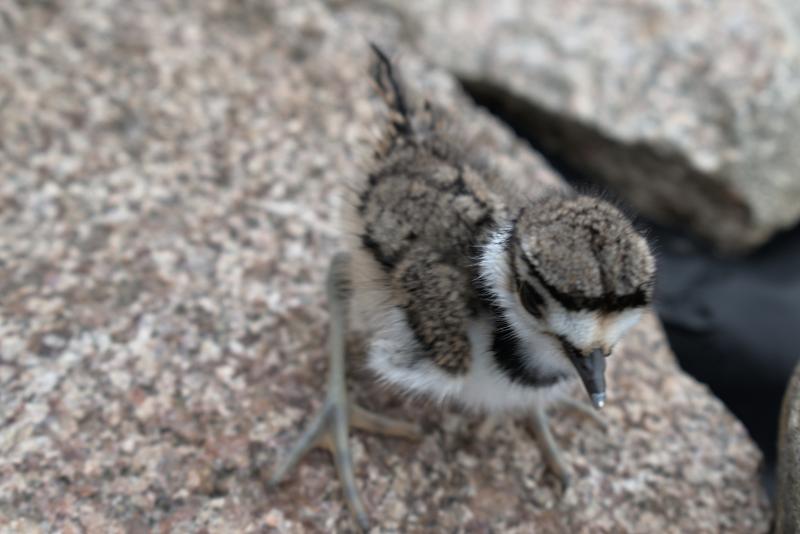