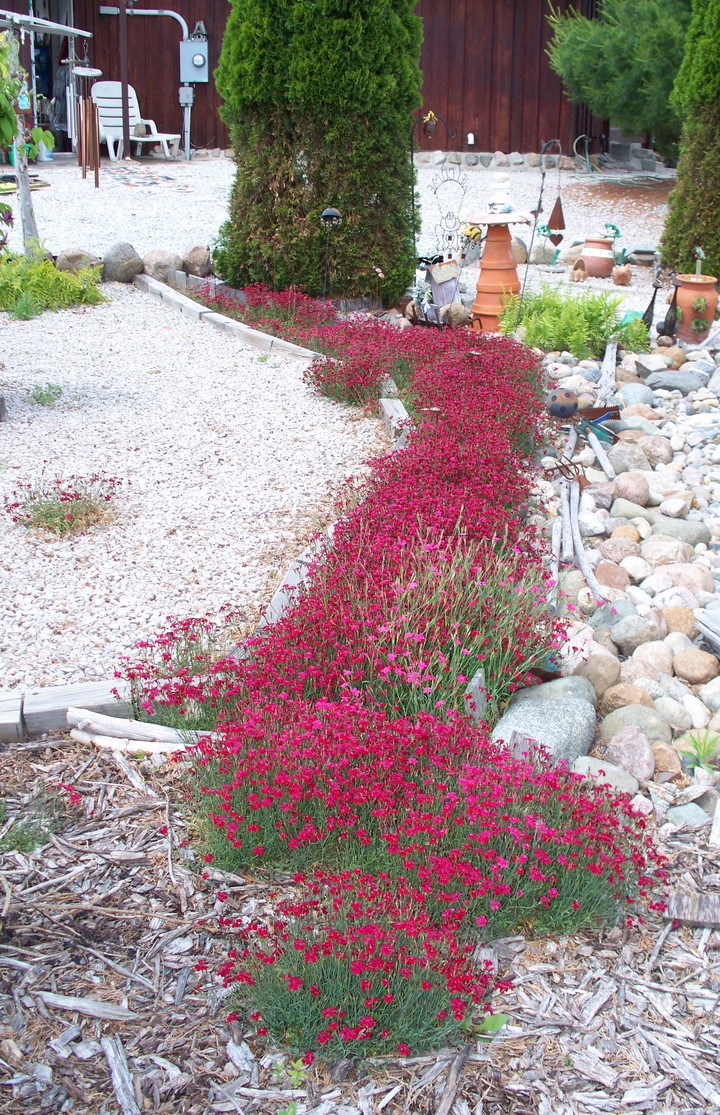 Dianthus deltoides aka Flashing Light or Maiden Pinks was a fun plant to use for making a mass of single color blooms. They produce so many seeds that it is quite easy to go from a small planting to a larger one in just a few seasons (the above picture was the second area we planted with these - I like the flowing effect). The more difficult challenge was to keep the grasses and other weeds from wanting to take back over again. After a few years I decided that I would rather grow some other plants and eventually strawberries, garlic and veggies. We also moved a lot of daffodils from other gardens inside the fence, because the animals mostly leave them alone. Still, it was a nice garden to have for a few years.

It didn’t start out looking like much in the spring. 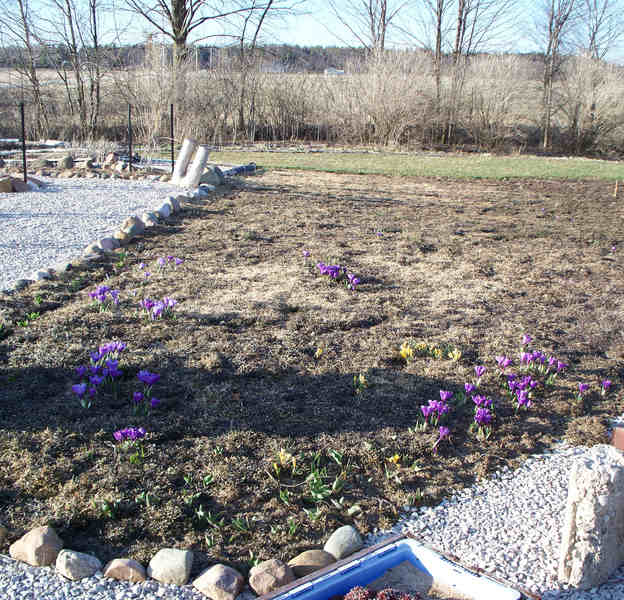 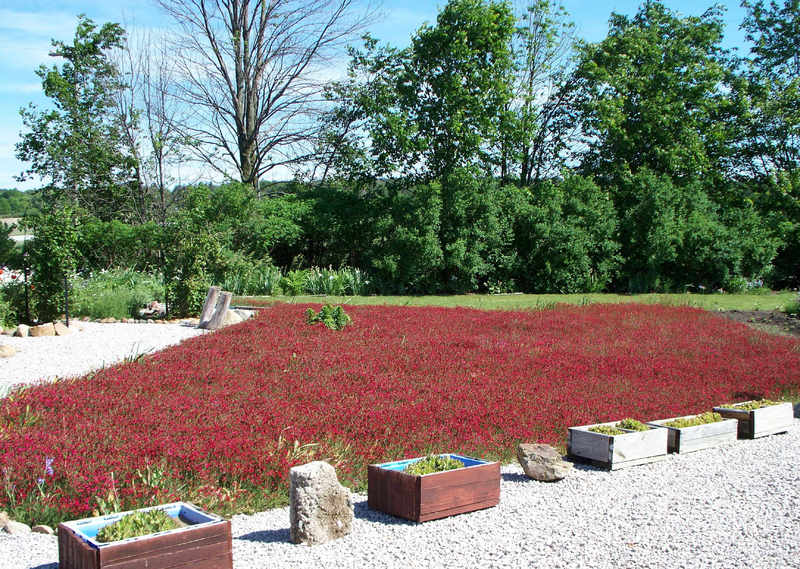 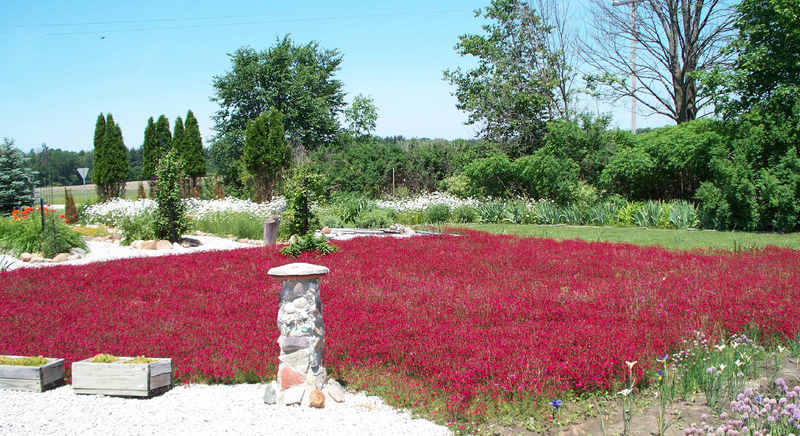 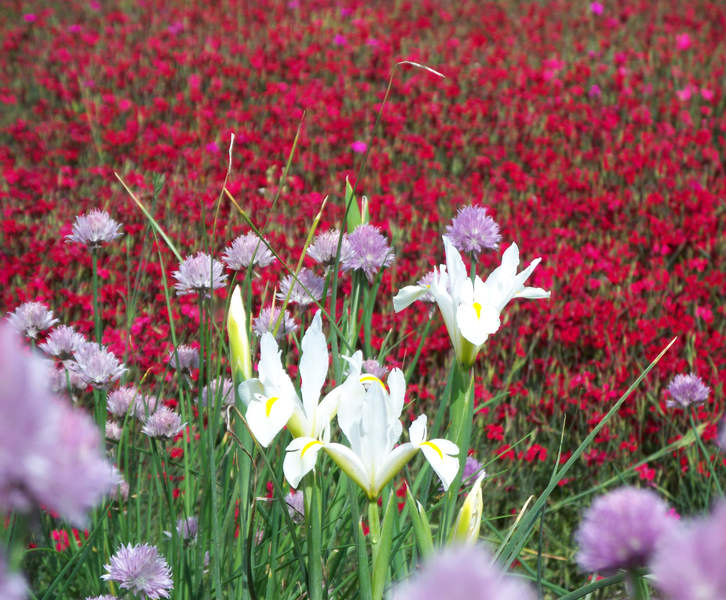 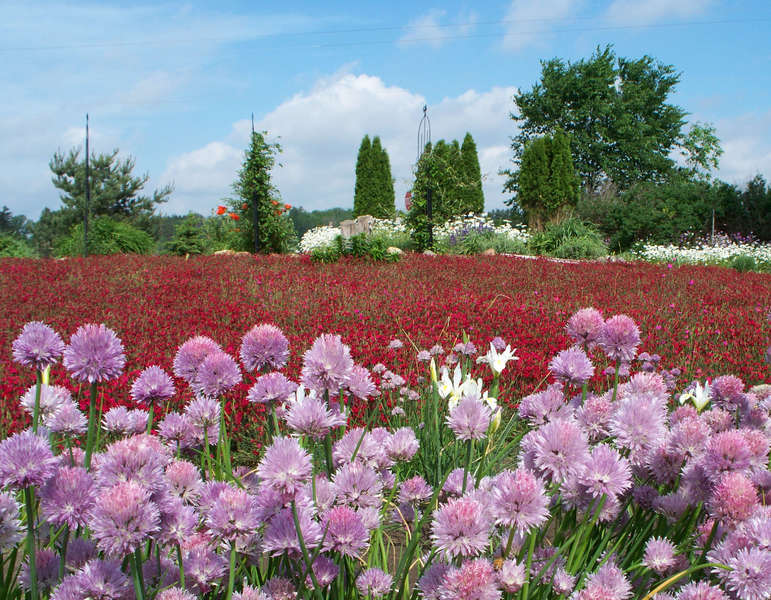