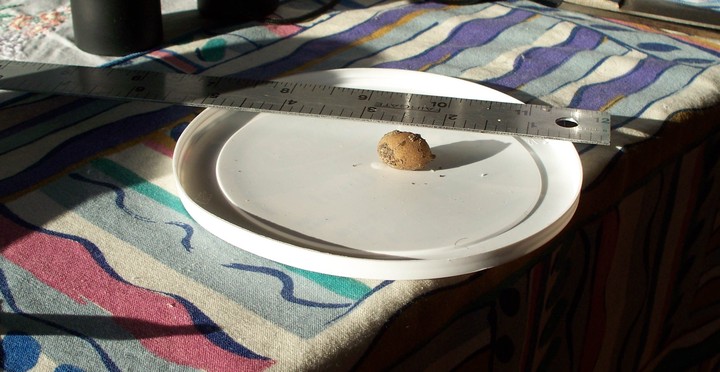 Some people have strange hobbies. I have been processing veggie, fruit and other food scraps in various ways since May of 2010 and learning a lot about worms, fungi, bacteria, soil science, botany and biology… Sometimes funny things happen… 😄

In this case I was playing with leftover potato peels from making potato salad and learning how to deal with them effectively.

The first picture (sorry, it is a little out of focus) is a potato peel that is four to six months old that was kept in a bin of moist dirt, other rotting veggies and worms of different kinds. Notice, the peel itself looks like it hasn’t changed much. Some do sprout and try to grow. Others are buried deeply enough that they don’t grow above the surface, but they do transform themselves from a peel into a new little potato. This one was caught in the act – I had to take a picture… 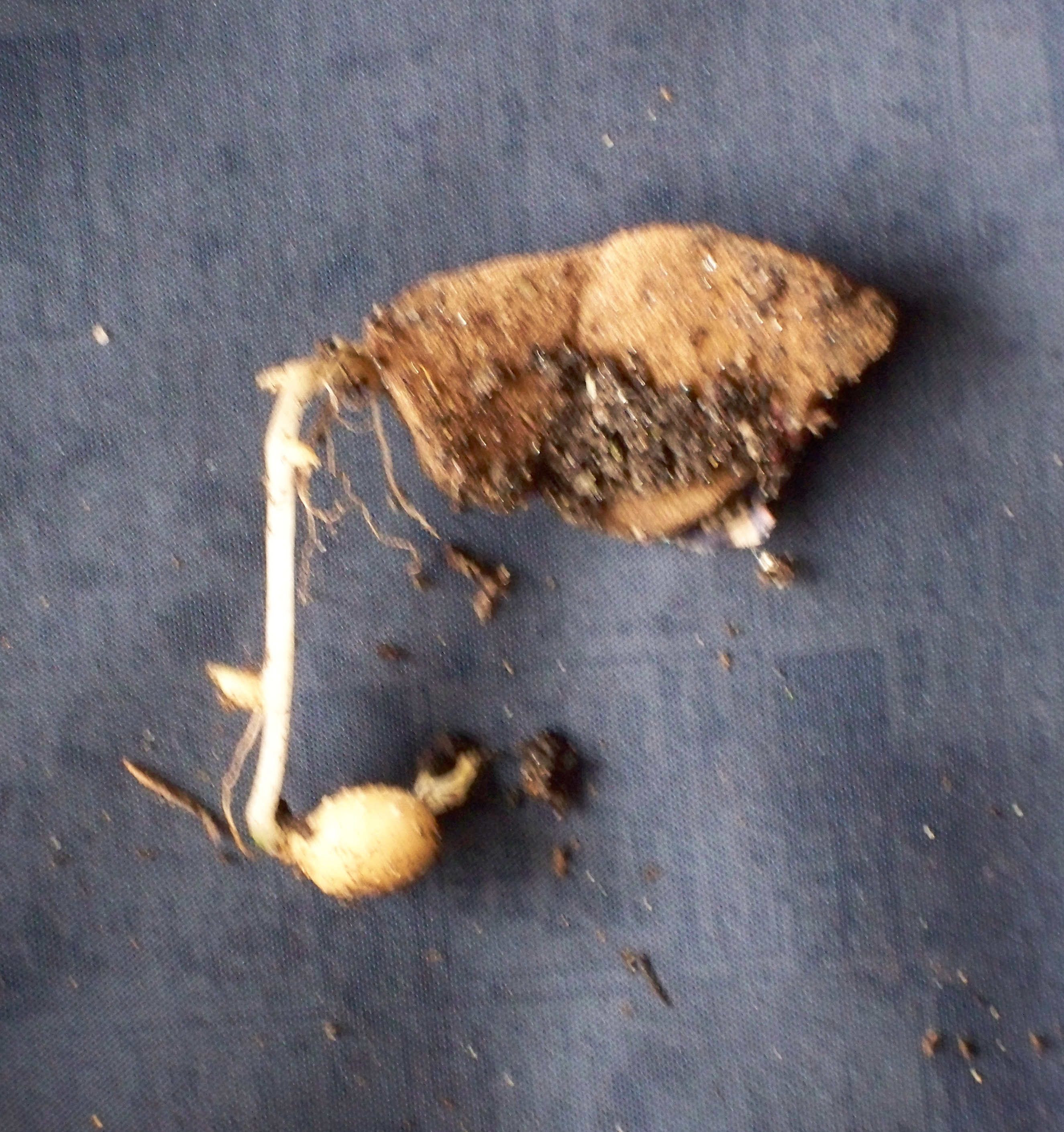 This next tater was found June 17 2011 and was from a potato peel from several months before. It completely changed shape from the sliced thin peel to the round small potato. I find it both funny and amazing that a potato peel could do that without actually growing anything other than a bit of stem underground. That just goes to show how much energy is still left in a potato peel and how tenacious life can be. 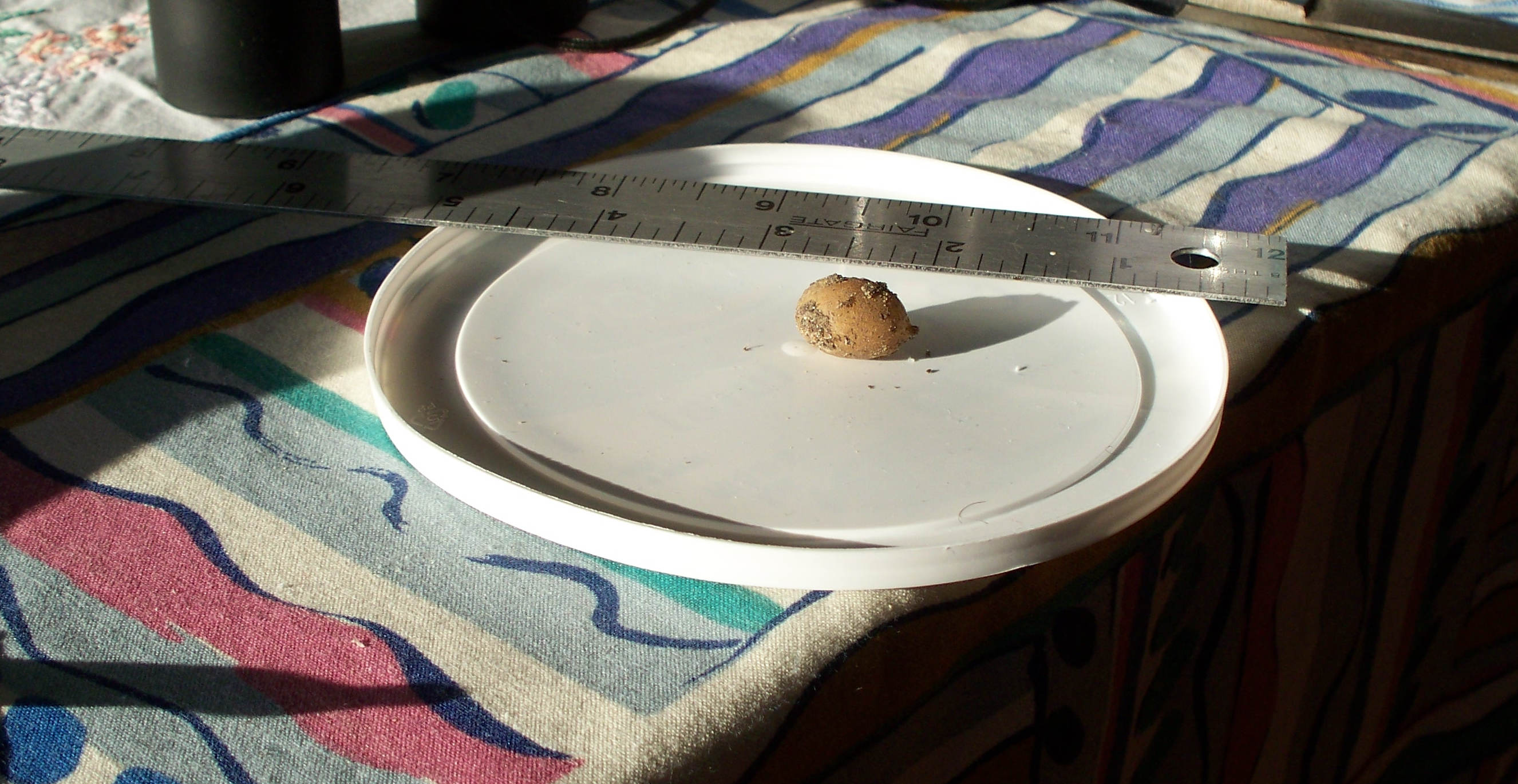 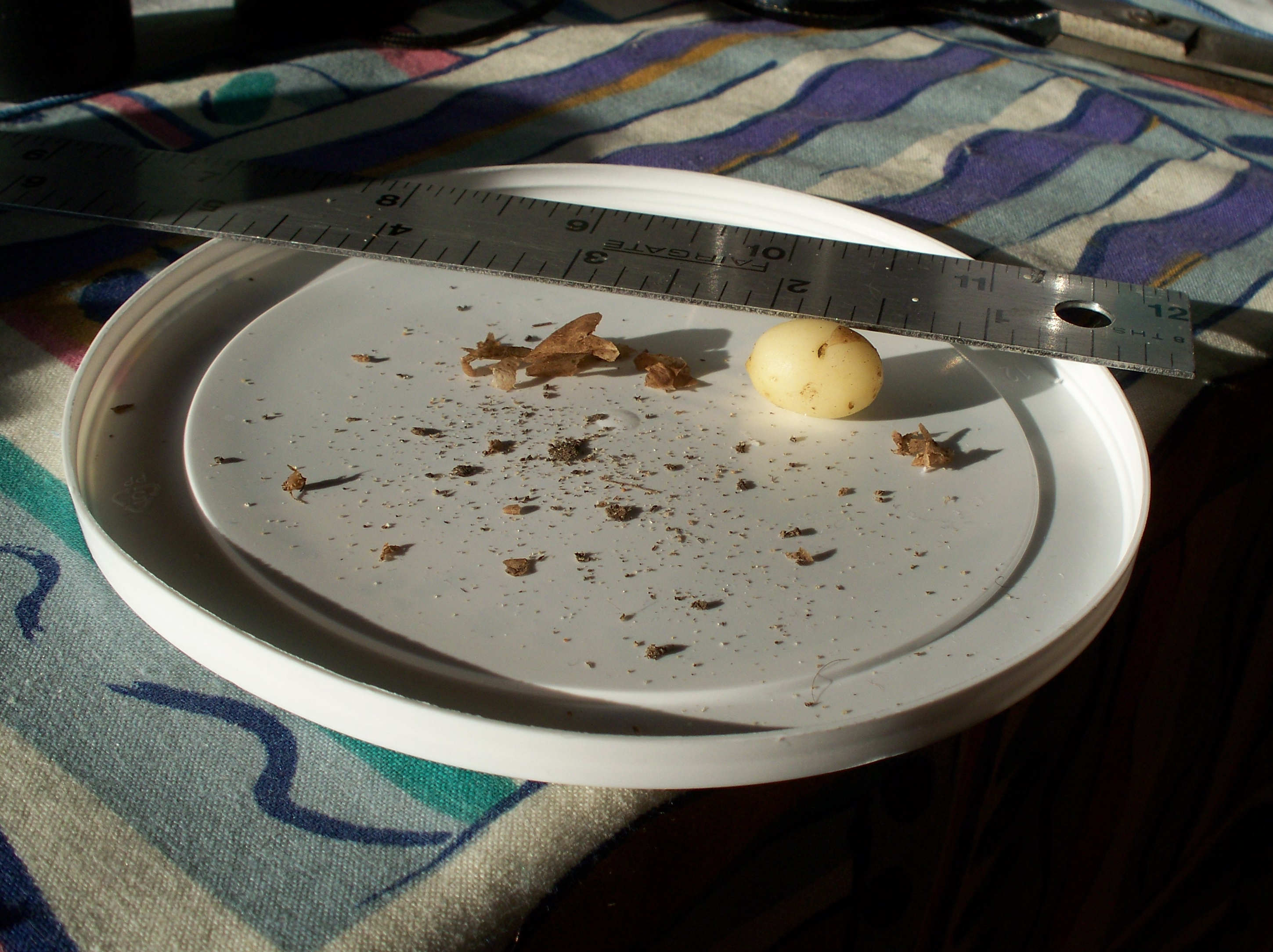 The end of that story is that to get potato peels through the compost pile or through a worm compost bin more quickly, first chop them up and set them aside to dry thoroughly (depending upon how thick they are cut this could be a week or two) and then add them. They will be gone quickly after that, except for a bit of the skin and callous that forms from drying – that takes longer. I chop up and dry almost all veggie scraps now and the worms eat through them fairly quickly once they are added to the worm bins. The moisture in the soil will rehydrate them and then they are soft enough for the worms to eat through them. I’ve heard some of my garden friends say that they’ve frozen or used a blender on the veggie scraps to get the same result. I don’t mind doing a little extra chopping and drying considering what the worms do for me. It reminds me of them and makes me smile. 😄

Another good example is a bit of carrot, fresh, cut off the end and bury it in the bin, if it’s kept cool and moist that bit of carrot will likely be there several months later and look mostly unchanged. Fungi, worms and other critters won’t be able to break it down. Take that same piece of carrot and dry it for a week and then put it back in the bin and you’ll find it being eaten within a few days of rehydrating.